In Search of the Devil

In Search of the Devil 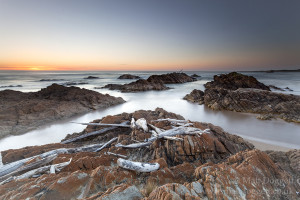 Tasmania is a wild place. These wild coasts and wild woods are home to the remnants of a recently thriving population of the Tasmanian devil (Sarcophilus harrisii), now threatened by the rapid advance of facial tumour disease. This disease, spread by physical contact between devils can kill an animal in under three months. 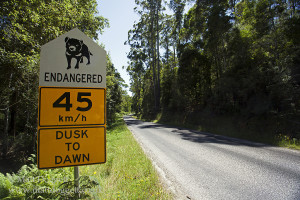 The roadsides once provided a gauge of the health of the population with high frequencies of roadkill indicating good devil numbers. These days, roadkill or wild devils are a rare sight save for a few last, disease-free hotspots. 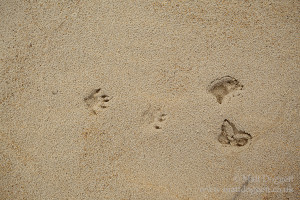 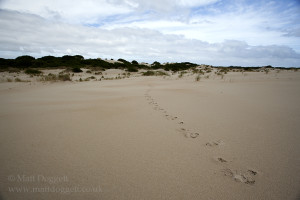 We went in search of wild devils, starting on the northwest coast. On one day after a night of rain, we found what appeared to be a distinctive trail (1-1-2) of devil footprints leading across the sand dunes adjacent to Ocean Beach. Excited about what might be our first sighting we followed them for several kilometres. Alas the prints disappeared at a waterhole and, even returning at dusk we were not rewarded.

Our quest continued; up mountains, into the forests. Yet no devil showed itself. 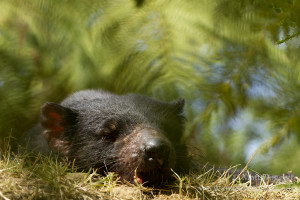 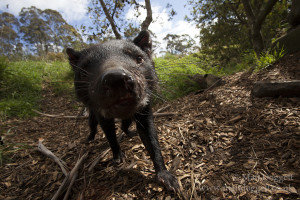 In optimistic preparation in our quest to see a wild devil, we decided to acquaint ourselves with the animals a little better and visited the Tasmanian Devil Conservation Park on the Tasman Peninsula. Here devils are bred in a disease-free environment, releasing them back to the wild in disease-free zones. The visit allowed us to get up-close and personal with the devils; to fully appreciate their size, movement and character. 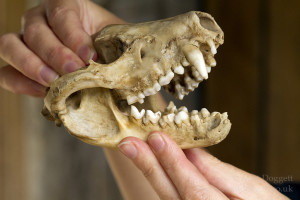 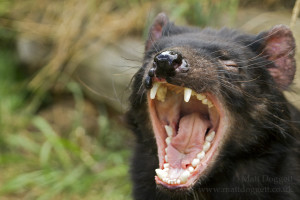 At first appearing quite docile, we soon learned about their powerful, bone-crushing jaws and argumentative nature. 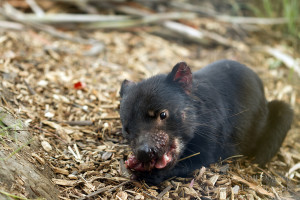 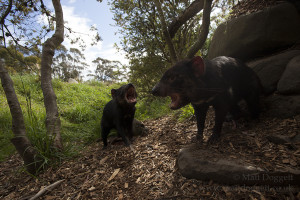 Their jaws are designed to tear apart bone, sinew, skin and flesh of their prey – mainly sick and wounded animals and carrion. 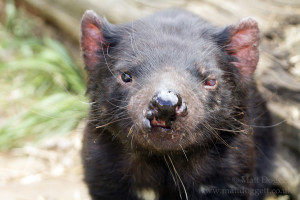 But as they grow, devils squabble and fight one another, quickly gaining a collection of painful looking battle scars. These, combined with their piercing, screeching calls which echo throughout the night, make it easy to understand how they got their name. 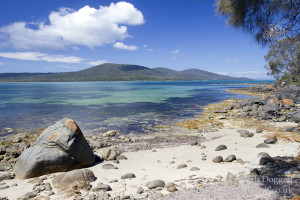 Our search for a truly wild devil remained fruitless despite multiple tip-offs and advice from locals. So some weeks later, toward the end of our time in Tasmania we visited Maria Island on the east coast; a place of white sand beaches, forests and soaring mountains. 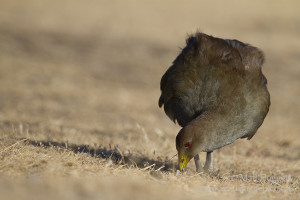 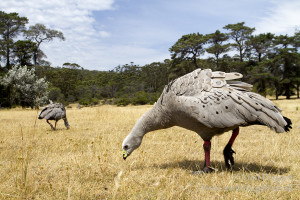 The park acts as an ‘ark’ site for several endangered species including the native hen (above left) and cape barren goose (above right), offering them a safe haven from non-native predators and disease.

It was not until after much research and debate that the decision to release quarantined, disease-free and even some captive-bred Tasmanian devils onto the island was taken in 2012. The devils appear to be doing well and it was here, after three days that we were fortunate enough to come across a young female feeding on a possum carcass late one night. 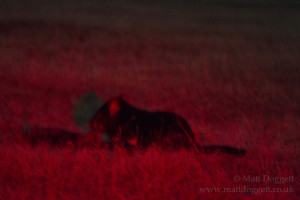 My first images were taken with a red light so as not to disturb the animal. Approaching to within just 7-8 ft on my stomach it became apparent that this little devil was not in the slightest bit bothered by our presence so we carefully increased the light levels with a white light to get a better image. 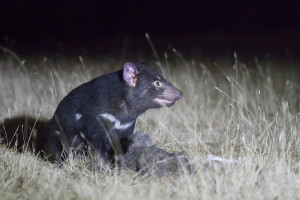 We enjoyed the devil’s company for 20 minutes or so whilst she devoured the possum carcass, though the stench left something to be desired. After a while I put down my camera and just watched. When she finished she approached us to within just a couple of feet. Discouraging her with a gentle ‘tck-tck’ noise she turned around and melted into the night.

The next morning we compared the markings with photographic records in the warden’s office and identified the devil as one named ‘Nutella’ – born and raised in Melbourne Zoo and released the previous year onto the island. The warden said despite being relatively used to humans, such an encounter like ours remained a rarity and a privilege. So maybe not a truly wild devil, but free enough and an encounter I’ll always remember.

With sites like Maria Island and that proposed for the Eaglehawk Peninsula the Tasmanian devil has hope for a disease-free future. With any luck its numbers will one day reach new highs.